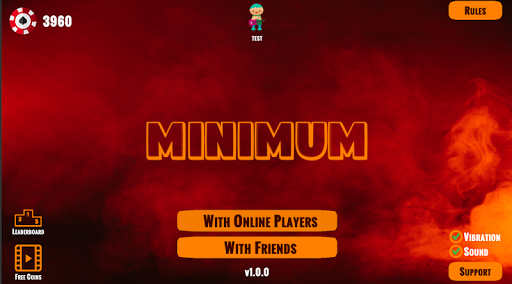 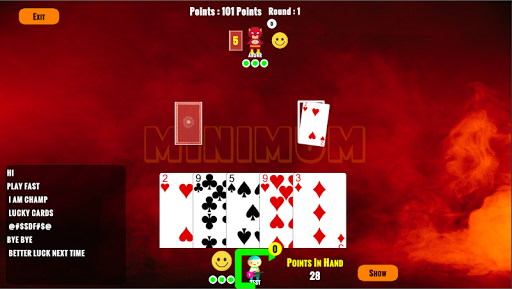 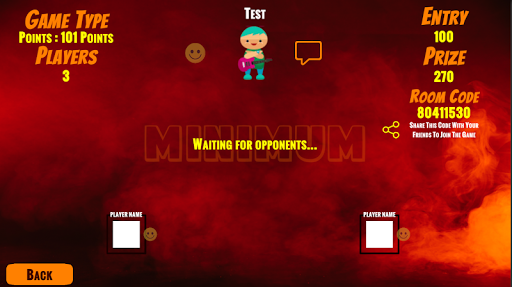 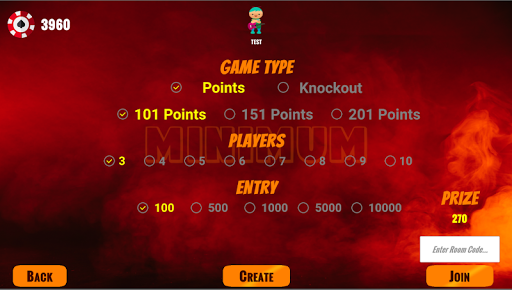 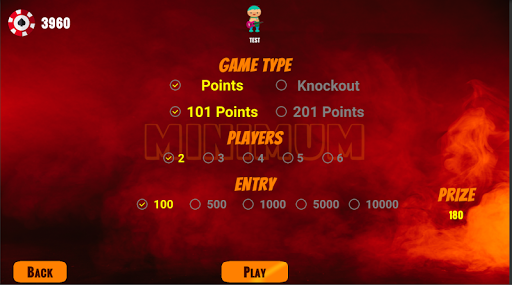 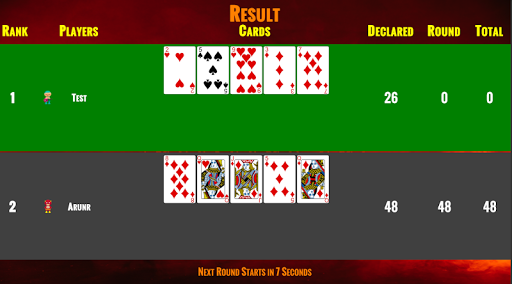 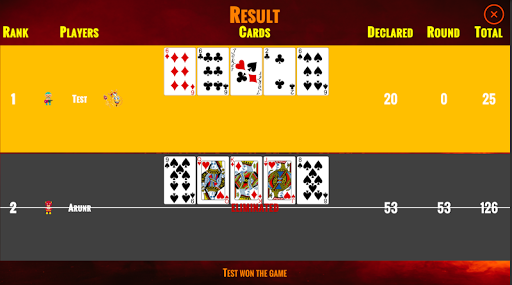 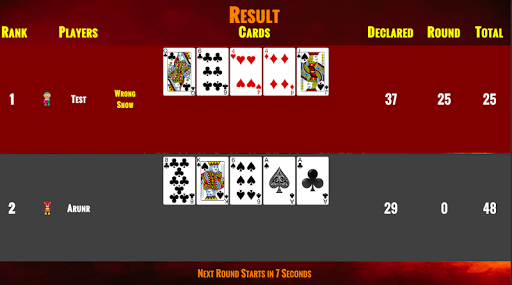 Easy to understand the rules and Play.

Play with any random real players around the world in real - time. Also, can be played with family and friends in a private room.

How To Play
> Main goal of the game is to keep the least amount of points in the hand compared to all other players in the game.

> Each player will receive 5 cards in each round.

> Each player gets a turn in clockwise order.

> Whenever a player gets a turn, the player can either Discard any number of similar ranked cards((like 9 Spade, 9 Diamond etc) or can end the round by clicking the “SHOW” button.

> “SHOW” button should be clicked if you think that the points in your hand are less compared to other players.

> If the declared player’s points in hand is less than any other players in the table then it will be a Valid Show. Otherwise it will be a Wrong Show.

> For example a player gets a turn and decides to declare that his/her Points in Hand “8” is less than others. If all the other players Points In Hand value are greater than 8 then it will be considered as VALID SHOW. If any one player other than the declared player has Points In Hand less than or equal to “8” then it will be considered as WRONG SHOW.

> If it is a VALID SHOW, apart from the Declared Player, rest of the players will get their respective Points In Hand add to their Total Points if the game type is selected POINTS(if the player haven’t drawn any card in that round only half will be considered) otherwise whoever has Highest Points In Hand in that round will lose one chance if the game type is KNOCKOUT.

> Whoever reaches the elimination criteria(which was selected while creating/joining the game) will be eliminated from and the rest of players will be promoted to next round.

> Last standing player will be the WINNER of the game and gets the PRIZE coins.